Google trends allows users to view the day’s hottest trends according to what has been searched the most through their search engine. Today, I found a rather funny one. Robbery is a serious problem for retail stores across our region. But the employees of Shamrock Liquors in Ashland, Kentucky, can’t stop laughing about what happened last Friday at the store along 13th street.

Police say Kasey Kazee walked in to the store with duct tape wrapped around his head to conceal his face.

Fortunately, store manager Bill Steele had some duct tape of his own. Steel had a wooden club wrapped with duct tape that eventually sent the suspect fleeing the store.Store employee Craig Miller says he chased Kazee to the parking lot, tackled him and held him in a choke positiion until police arrived. An unidentified customer also helped.

We asked Kazee how he could deny being the duct tape bandit even though police have photos showing Kazee with the duct tape on and then a photo where Kazee’s face is revealed.

Kazee looked straight at the camera and said, “Do I look like the duct tape bandit to you?”

Miller says Kazee also had a t-shirt pulled up around his head during the robbery attempt. Miller says it reminded him of the “Cornholio” character from the “Beavis and Butthead” cartoon.

Steele says Kazee did get away with two rolls of change before Steele could grab his club. Police found much of that change in the parking lot.

This might be one of the stupidest things I’ve ever heard of. He had to have been hopped up on drugs to think that duct tape would be the best thing to cover his face with before robbing a liquor store. It’s blazing hot outside and this genius uses a duct tape mask. Furthermore, to be caught and deny that it was you is just asinine. Another article I read said he only made out with $15. I say, if you’re going to rob something, make it a bank because they always have a ton of cash and if the people you’re going to rob look bigger than you, you better have a for real weapon, not a pretend knife. Watch the video if you have time. The man’s comments will fully explain why I think people this incredibly stupid should be shot. 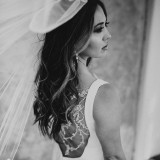